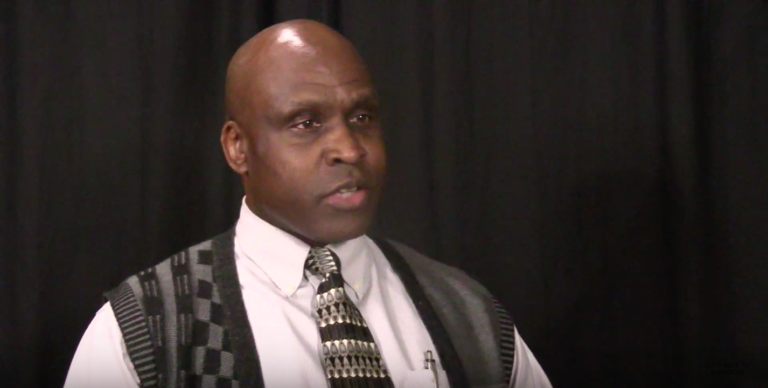 At the tender age of fourteen Michael was introduced to the world of violent gangs, drugs, and alcohol. After joining the Marines, he soon became addicted to crack cocaine and went in and out of rehab programs and homes. During his twelfth stay in the penitentiary, however, Michael discovered the Pacific Garden Mission Newsletter and felt called to the Mission. Michael eventually joined and graduated from the New Day Program and was installed as the New Day Dorm Monitor, as well as began ministering to lost souls who came to the Mission. Having opened his heart up to God, Michael was able to reconnect with his mother and son and now enjoys life to the fullest, knowing that God is moving in his life the way He always intended.